Republic of Spin:
An Inside History of the American Presidency 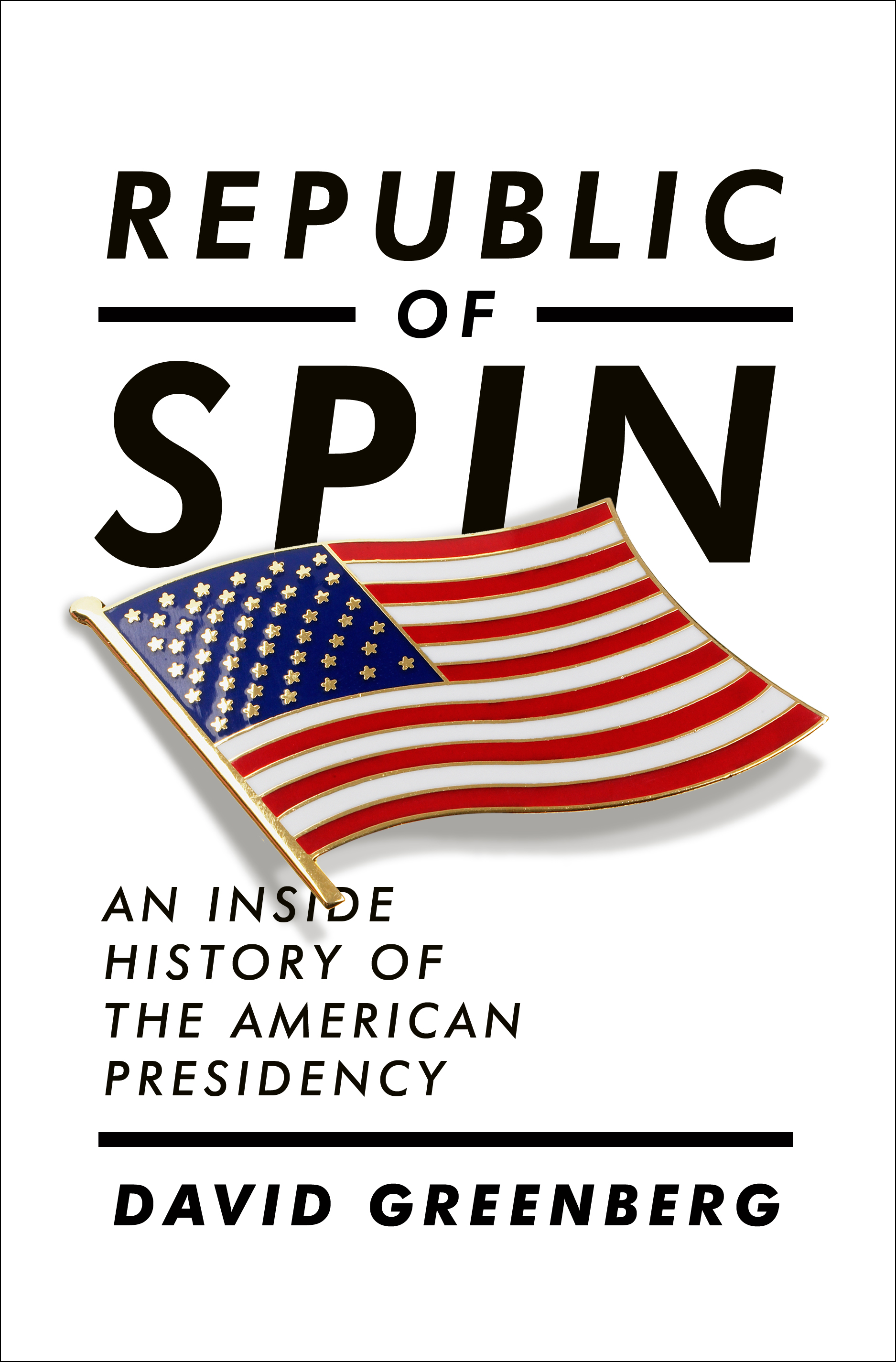 Winner, George Orwell Award for Distinguished Contribution to Honesty and Clarity in Public Language, from the National Council of Teachers of English

“In Republic of Spin, David Greenberg opens a new and revealing window on the modern American presidency by showing how the effort to manipulate public opinion has long been a central obsession in the Oval Office. Vivid characters, some very famous and some obscure, bring this important story to life and enlighten us about what presidents can and cannot accomplish.”

“From Teddy Roosevelt to Barack Obama, David Greenberg has written a brilliant, fast-moving narrative history of the leaders who have defined the modern American presidency. More than that, Republic of Spin shows that behind the power to persuade is the power to inform—and also to mislead.”

Greenberg also examines the profound debates Americans have waged over the effect of spin on our politics. Does spin help our leaders manipulate the citizenry? Or does it allow them to engage us more fully in the democratic project? Exploring the ideas of the century’s most incisive political critics, from Walter Lippmann and H. L. Mencken to Hannah Arendt and Stephen Colbert,Republic of Spin illuminates both the power of spin and its limitations—its capacity not only to mislead but also to lead.

“An utterly engrossing and deeply authoritative examination of spin and the American presidency—its origins, its vital role over the past century, its enduring importance. Greenberg’s elegant narrative brings this history vividly alive, as he weaves individual lives and broader societal forces into a major reassessment of modern American political culture. Spin has always been a part of politics, and it always will be; read this gem of a book to find out why that is, and what it means for our democracy.”

“Anyone wishing to understand how our politics evolved from the era of Teddy Roosevelt’s bully pulpit to the exquisitely calibrated constructions of today’s publicists, pollsters, speechwriters, and snakes needs to read Republic of Spin. David Greenberg’s book is everything that a political history should be—vivid, comprehensive, and important.”